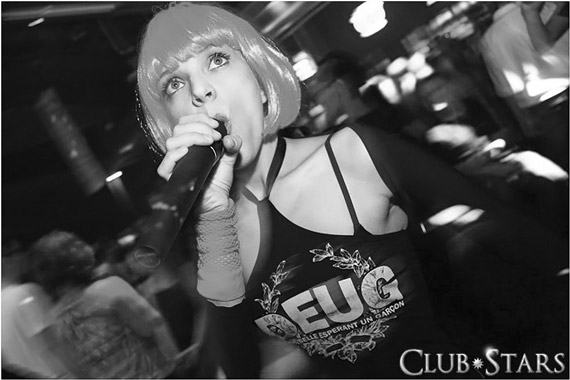 "Fundamentally I love House music because it gives me a real buzz, it’s an amazing sensation when I have that adrenaline rush that just takes me out of this world!"

Over the year she taken part in lots of events. One of the most important productions was BARRACA DESTROY which was became a National Success Story and shot to the top of the Italian and European charts. It was then released in Spain, Austria, Germany and Belgium and was chosen to make up some of the most exciting compilations at the time. It has also been mixed by some London DJs and was included on the Ministry of Sound Mix.

She was lucky to be involved in a series of shows all over Europe but especially in Italy and starred as a professional vocalist in eastern Europe and beyond. She was invited to guest star in the Supalova Club in Milan - just to name one. MTV was also a blast as well. When working on MTV Valkana Beach she got to present some of the world's most amazing DJs.

Another great experience was when she got to present, together Sonic Seven from Vienna, the big Sziget Festival in Budapest, on 31st July, 2002, in front of about 4000 people.

She's done several promotional tours with radio company all over Europe and beyond. She's getting more and more involved in house music productions as well as chillout, indian music and singing. and now she's just getting her teeth into doing voice recordings for announcements or voice overs.